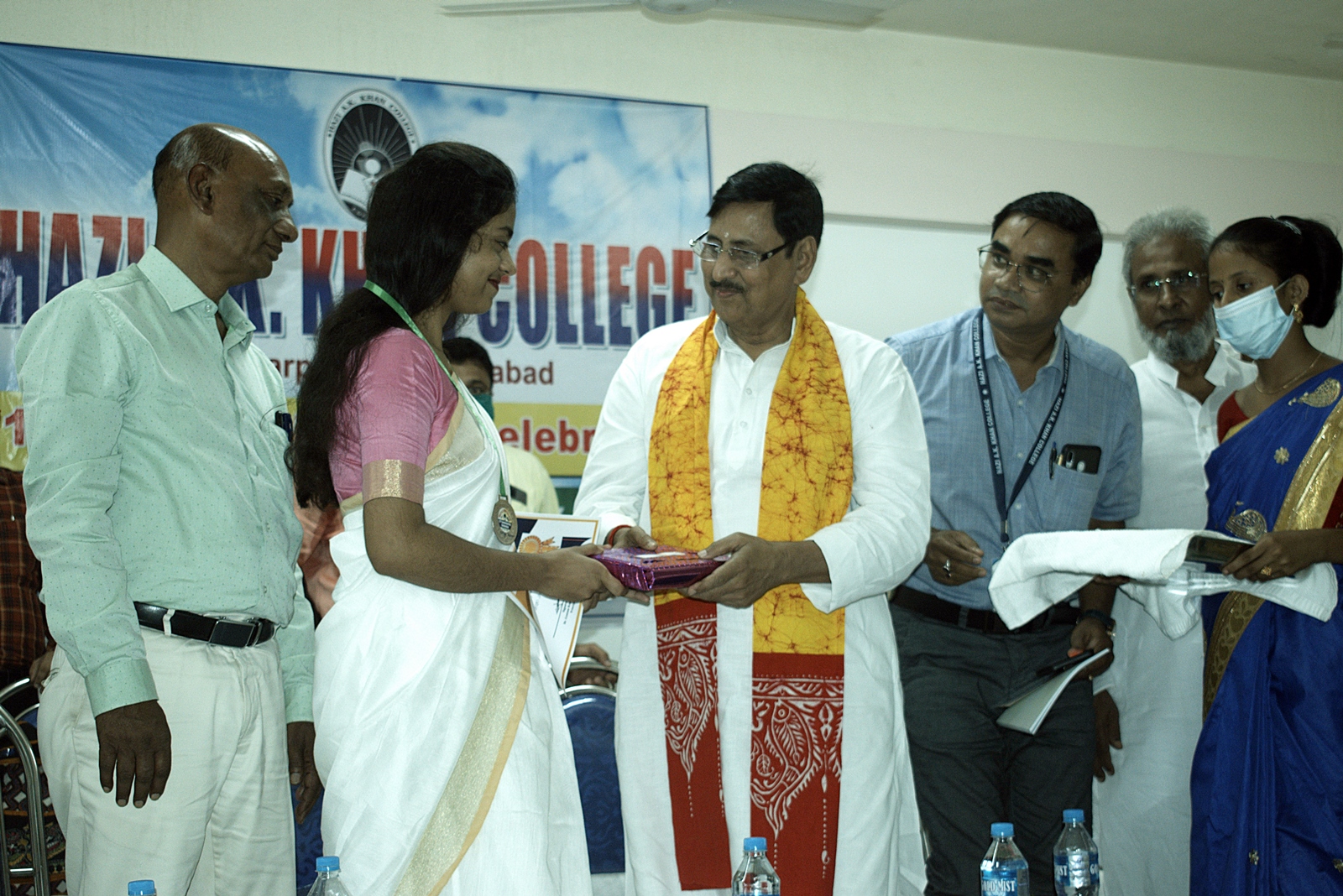 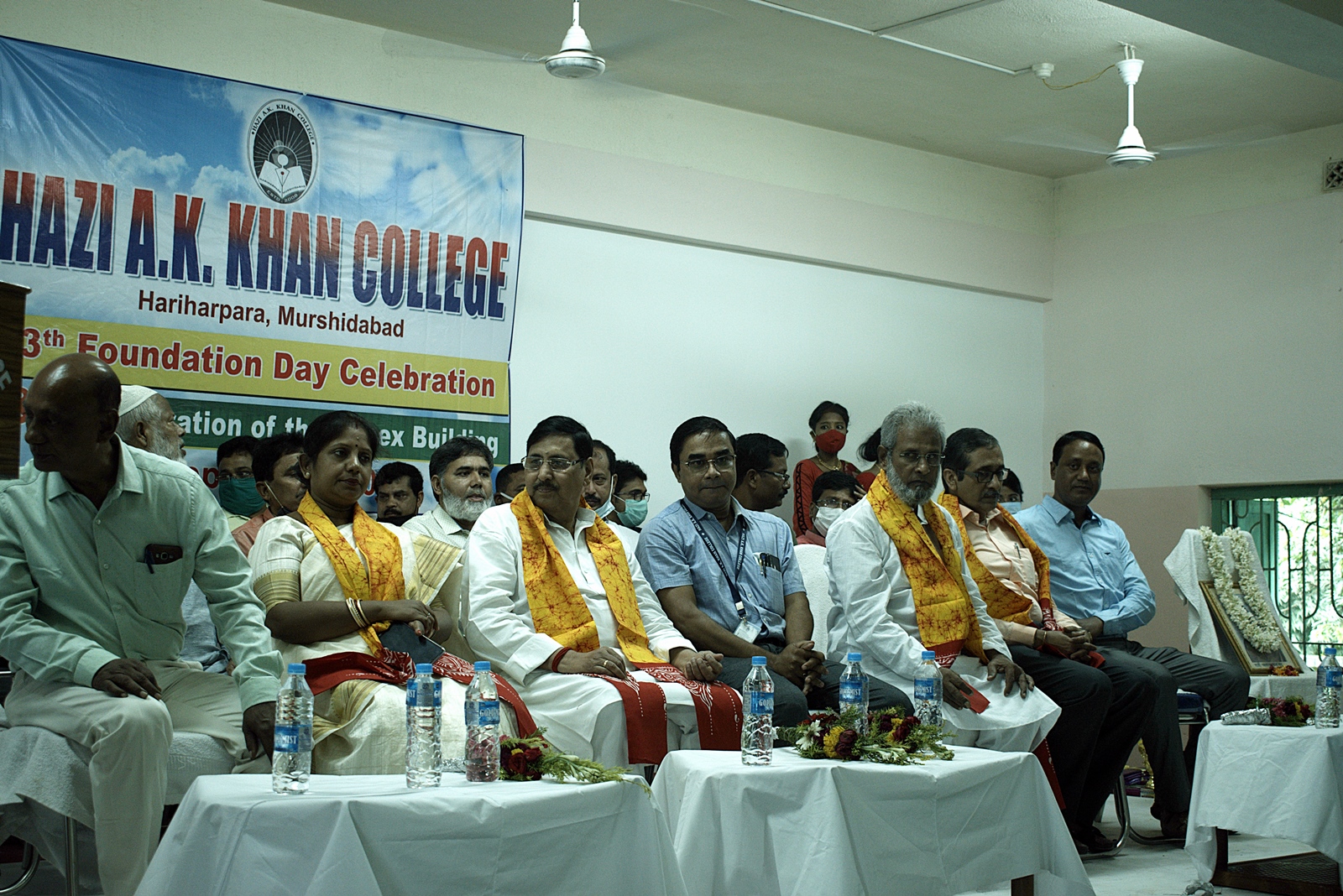 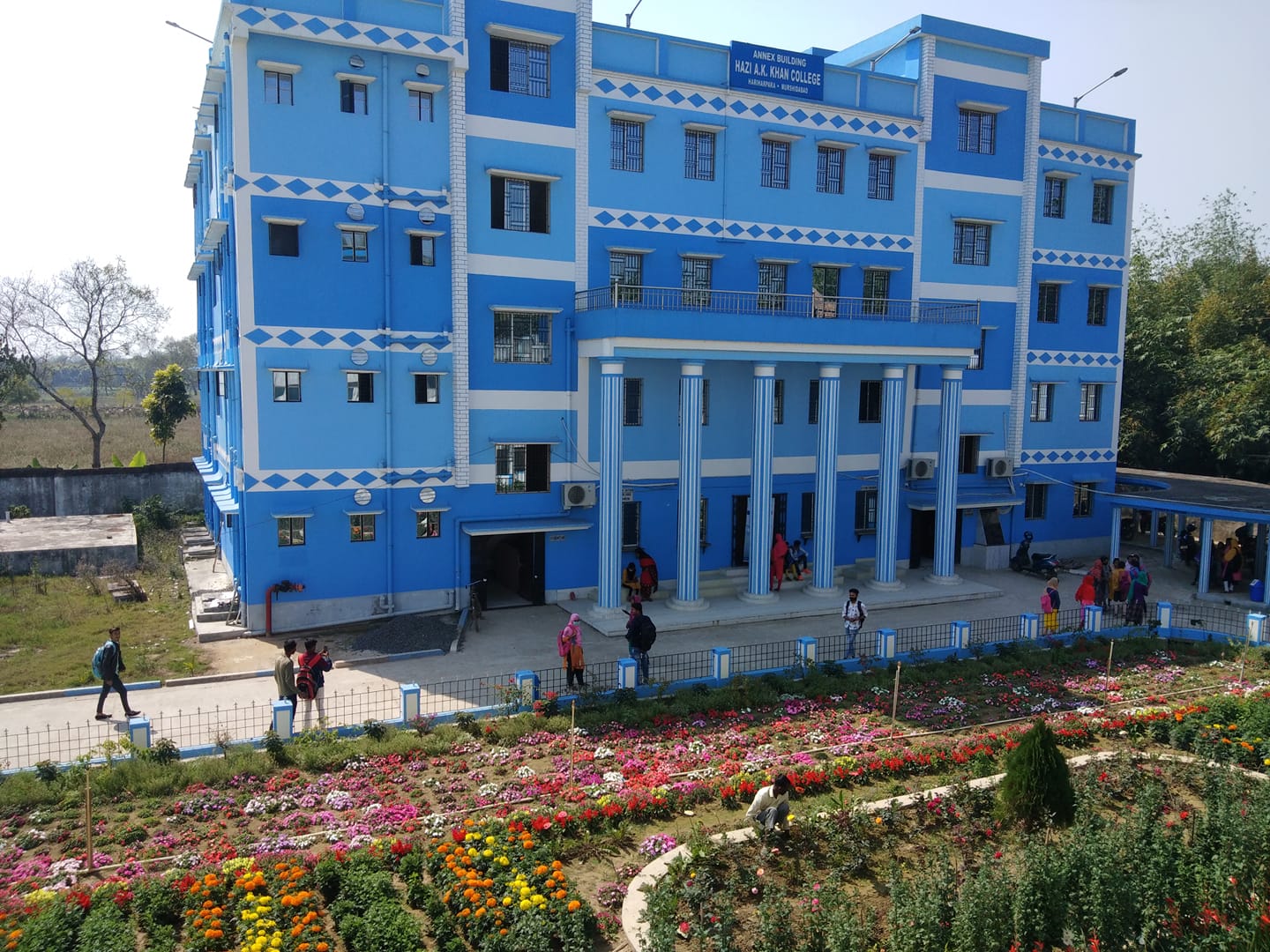 Hariharpara is a remote village in the district of Murshidabad. The main source of income of the inhabitants of this village along with the adjacent ones is cultivation. Education, specifically higher education, had been almost an alien and unattainable affair to the people of this region. However, it is a typical human instinct to endeavour to see the unseen, to know the unknown, to proceed towards prosperity; and ultimately education prevails.

In 1998, a group of educationally advanced and socially responsible persons got aspired to establish a college at Hariharpara. A committee was formed, and a meeting was convened at Hariharpara Community Hall. The generous Hazi Abdul Kader Khan, who realised that if the mothers are not educated, the upcoming generations cannot be educated, dreamed of a college where the young girls along with the young boys of his locality could pursue higher education. As the initiative for the establishment of a college was taken enthusiastically, Hazi A. K. Khan felt overwhelmed with happiness to donate a precious piece of land (1.82 acre) on which Hazi A. K. Khan College was established. The Hariharpara Siksha O Unnayan Parishad (the Hariharpara Education and Development Council) applied for the government sanction as well as affiliation. As proposed by Mr. Hatemul Islam, a renowned journalist, the college was named after the name of Hazi Abdul Kader Khan.

Dr Mozibur Rahman came forward as the Acting Principal, and on 8th September, 2008, the college began its auspicious journey. With seven teachers and only one non-teaching employee, the very first batch comprising only 63 students began its classes in the premises of Hariharpara High School. Within one year, the institution got its own building. Though contribution of innumerable number of donors of the locale was no less beneficent, the college building was quite impossible without the generous grant from the MLA Local Area Development Fund of Mr. Insar Ali Biswas, the then MLA, Hariharpara. In 2013, Dr. Prabhas Chandra Samanta became the Acting Principal and served the college till 2016. In 2016 and 2017, a number of full time Assistant Professors recommended by the West Bengal College Service Commission joined the college. In 2019, the Governing Body presided by Mr. Hatemul Islam was formed. On 7th July, 2021, Dr. Goutam Kumar Ghosh joined as the very first Principal of the college.

Affiliated to the University of Kalyani, Hazi A. K. Khan College now aspires to function as a centre for higher studies. With a team of thirty four teaching and ten non-teaching facilitators, the college responsibly and happily takes care of almost 1558 students recently (2021). The HAKKC Family hopes that the number of both students and teaching and non-teaching staff will increase soon, and the environment of the college will be far more education-oriented. The current MLA, Mr. Niamot Sheikh, promisingly patronises the college. The more the institution prospers in all respect, the more the dream of those people, especially of Hazi A. K. Khan, who took the initiative to establish this college, will be fulfilled.

Hazi A. K. Khan College aspires to impart knowledge to those who come under the shadow of this institution. Being located in a rural area, our college attempts all possible measures to adjust with the rural students and their needs. Our college believes that "Education brings conscience, conscience brins liberation" ("শিক্ষা-ই আনে চেতনা, চেতনা-ই আনে মুক্তি"), and the whole family of Hazi A. K. Khan College endeavours its best to make the college a reliable platform for the students. The overall development of a student is the prime goal of us.

Our endeavour at Hazi A. K. Khan College, since its inception on 8th September, 2008, is to uphold   the noble ideas, values and rich culture bequeathed upon us by the founder of the college,   respectable Hazi Abdul Kader Khan. We strongly believe that quality education is the key to progress   and success. We aim at spreading collegiate education among the economically challenged and   minority community students of the area and concurrently enriching our children, especially the girls,   with a modern outlook that inculcates curricular understanding and job-oriented skills. We have a   bouquet of facilities that definitely benefit our students. The college is engaged in disseminating   knowledge and promoting all-round development of the students by increasing their knowledge base   as well as by creating awareness about their social and cultural milieu, exercising all the resources we have. Our illustrious teachers, the non-teaching staff and, above all, the Governing Body are devoted to nurture and endorse this comprehensive approach. I believe in ‘we feeling’ and feel that no matter whichever rank or position each one of us belong to, we must always be able to revere every person’s dignity with respect, trust, empathy and  cooperative attitude.  The college continues to sustain and develop an order of individuals, enriched with true education, who will be global in outlook, national in ethos and at the same time reverent to local duties and commitments. It is our honest hope that with the help and co-operation of everyone we shall continue our journey towards academic excellence.

Welcome, be a part of our beloved HAKKC family!

You are visitor no.